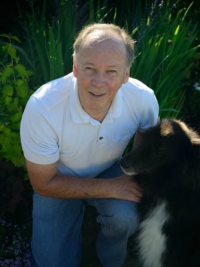 Dr. Ian White has fond memories of taking his own pets to the veterinarian’s office as a young man; seeing the professionals care for his animals left a permanent impression on him. Combined with his love of science and technology, as well as his desire to perform worthwhile work that helped others, Dr. White came to one conclusion: a career in animal medicine was his true calling!

Dr. White grew up in Cambridge, Ontario, but spent many of his childhood summers here in Parry Sound after his parents bought a small cottage in the area. He earned his veterinary degree from the Ontario Veterinary College, and worked in the University’s animal science division during his schooling while volunteering in as many nearby animal hospitals as he could. Dr. White’s connections with the Parry Sound community led to him performing locum work for Dr. Alan Christie, Parry Sound Animal Hospital’s original owner. When Dr. Christie retired, Dr. White gladly accepted ownership duties—he’s happily been caring for the area’s pets ever since.

In his time away from work, Dr. White enjoys spending time with his family and staying fit by jogging and practicing karate. He has even obtained his black belt after years of intense training! 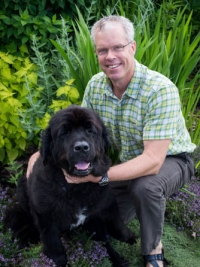 Animals have fascinated Dr. Peter Jones for as long as he can remember—he still recalls his father’s silly conversations with the family dog, which would always end in a bout of laughter and praise for the loyal four-legged companion. Dr. Jones’ early admiration for pets would deepen into an intense passion for keeping the special bond between human and animals alive and well. For him, one career choice simply made sense: veterinary medicine!

Dr. Jones is originally from Pembroke, Ontario, and began his animal-care career as a teenager when he took a part-time cleaning job at the local pet hospital. He was often alone with the hospital’s patients, and it was there that he learned firsthand how to care for pets the right way. Before long, he was committed to becoming a veterinarian himself.

Dr. Jones attended the University of Guelph and graduated from Ontario Veterinary College with his veterinary degree in 1988. He started his career as a licensed veterinarian in Kingston, Ontario, and also practiced in Saskatchewan for three years before coming to the Parry Sound community with his family in May of 1992.

Here at the clinic, Dr. Jones is particularly fond of seeing the relief and happiness on a pet owner’s face when their loving companion returns to them. He also enjoys the constant learning experience that his profession provides; he likes to say that change is the one constant in his field! Dr. Jones is proud to work with his talented and compassionate team, which he truly considers his second family.

Dr. Jones and his wife, Kim, have two grown children named Christopher and Meaghan. When he isn’t spending time with his family or tending to pets’ needs here at the hospital, Dr. Jones enjoys curling, swimming, biking, and participating in triathlons. He completed his biggest race yet, the Ford Ironman in Cozumel, Mexico, in 2010!

Melanie graduated Georgian College in 2020 and became an RVT shortly thereafter. Melanie has had a love of all animals from a young age which inspired her to become a Veterinary Technician. Originally from Toronto she has now moved to the Muskoka area permanently with her loving and adorable Beagle Roxy and husband Ryan. 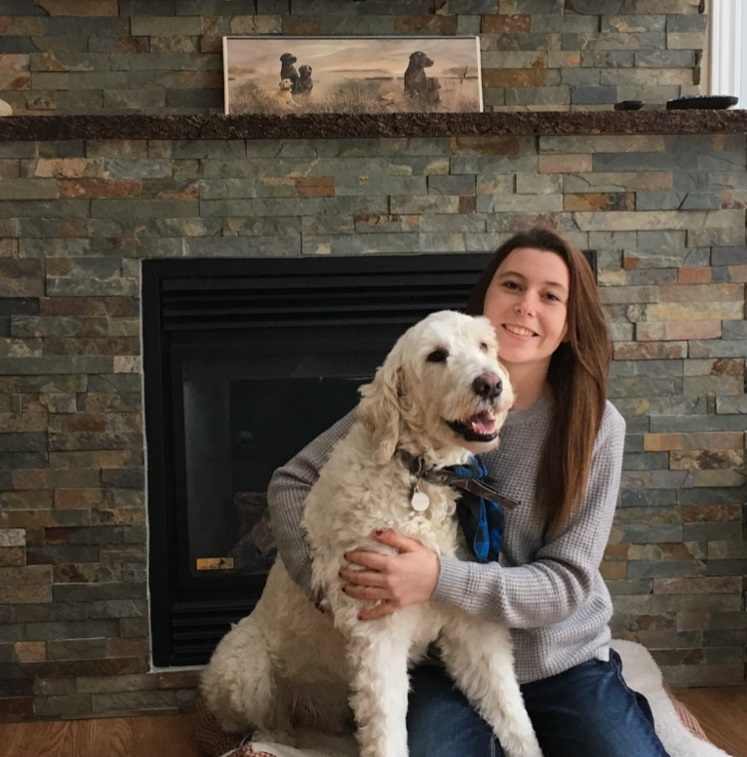 Sam was hired by Port Carling Veterinary Services in June 2018 and really enjoys meeting new pets and their owners while assisting Dr. White and Dr. Jones.  Sam loves learning something new each day from the experienced team of veterinary technicians and veterinarians. In January of 2022 Sam started studying at Thompson Rivers Univeristy in the Veterinary Technology at a distance program. Sam is also taking continued education course to become a Certified Veterinary Practice Manager through the Veterinary Hospitals Managers Association.   Having the opportunity to work with animals in Muskoka is a dream come true for Sam.

Sam lived on Lake Temagami in northern Ontario. Before moving to Muskoka, Sam was the owner of an animal care company known as Kippen’s Kanines in the Burlington area.  She provided dog park visits, individual walks and cat care.  After finding and training an excellent replacement to care for her clients Sam moved to Bracebridge in May 2018. Sam and her fiancé were married in July of 2018 at a beautiful resort on Lake Temagami.

Sam owns a goofy and affectionate Goldendoodle named Hunter. In Sam’s time off she enjoys spending time with her husband, friends and family at the cottage in Temagami. In the summer months Sam enjoys fishing, boating, waterskiing, and jogging on trails or by the water with Hunter. In the winter Sam enjoys playing hockey, Ice fishing, skiing, snowmobiling, and watching the Toronto Maples Leafs play hockey.